According to the International Union for Conservation of Nature’s (IUCN’s) Red List of Threatened Species, only about 30,000 to 50,000 bonobos remain today in the central forests of the Democratic Republic (DR) of Congo, and these numbers are declining. The endangered bonobo’s range habitat is increasingly decreased by agriculture and logging, not to mention the rapid spread of bushmeat hunting. Only a small portion of bonobos’ living space is protected.

The African Wildlife Foundation (AWF), with support from Barron Wall and the Arcus Foundation, has opened the Lomako Conservation Science Center in DR Congo. The center is a valuable tool to expand scientific knowledge of bonobos and forest ecology in DR Congo. The center is a research hub in the middle of the forest, and it engages the local community in conservation efforts, promotes bonobo research and generates news incomes for the community by way of visiting scientists and other visitors. 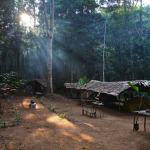 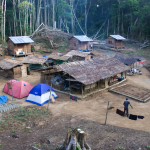 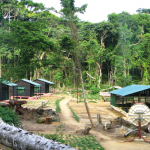 Following years of civil war and turmoil in DR Congo, the country faced numerous crises due to instability. Farmers along the banks of the Congo and Maringa Rivers had no way to sell their crops, and many began hunting bushmeat—bonobos and other apes—and practicing slash and burn agriculture, which destroyed much of the ecosystem and the bonobos’ habitat.

AWF partnered with USAID, and launched the Congo Shipping Project.  This initiative provided local communities with a boat to transport crops from the forest landscape to DR Congo’s main markets in Kinshasa and Mbandaka. AWF also trained communities in new methods of sustainable farming. These have allowed them to grow a greater variety of produce, while still keeping the forest intact for wildlife.

Now farmers who could only use a plot of land for two years before moving on, can farm on the same plots for at least four years.

The Congo Shipping Project has been hugely successful, in one of its recent trips downriver, the boat was unable to hold all of the crops produced in DR Congo. The boats’ carrying capacity of 400 tons means that 200 tons of produce had to be transported to other large markets nearby or sold and consumed locally. This overabundance of produce is a direct result of AWF’s sustainable farming initiatives. 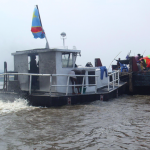 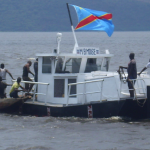 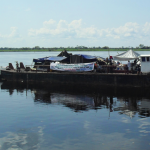 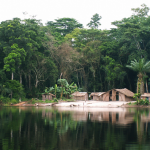 abitat loss is one of the major threats to bonobos’ continued survival in DR Congo. Habitat loss results from human settlement encroachment, logging and agriculture. Bonobos are losing habitat rapidly, and it is critical for habitat to be conserved in DR Congo for this endangered species, as it is solely found in this country.

AWF worked with local communities to create a bonobo reserve. The communities, which saw the success and economic benefits that arose from a nearby reserve, requested AWF’s assistance to establish the Iyondji reserve. Here, bonobos are safe from external threats and can thrive in a protected habitat.

In April 2012, the Congolese government officially recognized the Iyondji Bonobo Community Reserve, giving it the protection of the state. 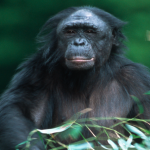 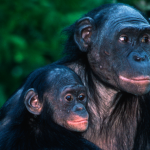 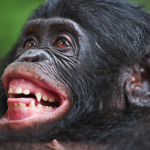 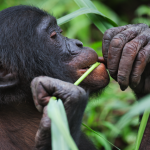